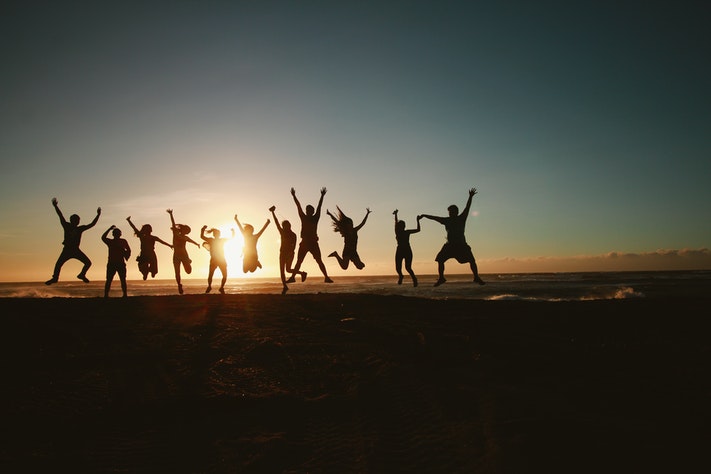 Remembering My Vote and Voice Matter

I’ve never seen myself as what one might consider a political person. But I think my mind is changing as I understand and experience more of what we consider to be the political process. I have deeply held values, strong opinions, curiosity, identified needs, and a willingness to act on them. That, I think, is what has galvanized the transformation of my thoughts on the matter.

I’m also inspired by the members of my community, and over the last five years have quietly appreciated the diversity of voice, values, and perspectives in Stonecrest.  I have loved meeting and working with new and existing members of the Stonecrest Citizens Coalition to dream, plan, and act on shared vision and values.

Hosting this year’s Stonecrest Mayoral Candidate Forum was a labor of love and service. I’m very grateful to the First Afrikan Community Action Team, the SCC V. O. T. E. Committee, the candidates, and all the community members who participated that night and have since watched the recording. We are – ALL of us – an essential part of our local political process; our vote and voices matter. We owe it to ourselves and our community to make informed decisions.

Here are my updated thoughts as I’ve researched and read about, as well as listened and re-listened to the candidates from last Thursday evening’s forum. Also, I have friends and neighbors who are supporting each of these candidates and have appreciated being able to talk with them about their reasons for supporting them. There were some questions from the forum whose answers were especially important to me; however, I know that whoever wins, it will be critically important for all of us to hold them accountable through feedback and evaluation, and for those candidates who aren’t elected to stay engaged, vocal, and active in helping to create the Stonecrest we’re all proud to call home.

Dr. Charles Hill – I was excited when I discovered that Dr. Charles Hill had put up a website and FB page for his campaign, as well as when I received his promotional flier in the mail. All of these communication methods offer us the opportunity to make informed decisions and vote our values at the polls. During the forum, I disagreed with his assertion that the powers of mayor need to be reconstituted. What he’s effectively saying is that he wants to revert our form of government from Council/City Manager to Mayor/Council. But I don’t think there’s any virtue in either form of government – either could and do work. The virtue exists within the seat holders themselves and how they serve within each. That said, I see no reason to return to the Mayor/Council form of government and every reason for mayoral candidates to prepare themselves for how they will serve under the existing form of government. While his answer shocked many in the audience, his response to the first 100 days question was direct and detailed. He made many allegations of significant improprieties, but the issue for me wasn’t what he said so much as how, when, and why he said it. He ended up spending more time “outing” the council and antagonizing Ms. Cobble than actually answering the forum questions.

Additionally, while Dr. Hill’s wealth and resources have been touted, financial security doesn’t make folks immune to corruption. You can have lots of money and want more; you can have plenty of power and want more. If we don’t want a repeat of what we had in the City’s first mayor, we have to acknowledge greed as a major factor in the causes of corruption, as well as pride, arrogance, intemperance, vanity, and inattentiveness. I continue to have significant concerns about Dr. Hill’s connection to Mr. Bill Allen and – as evidenced in a recent post on the Stonecrest Georgia Issues and News FB page suggesting that bringing economic wealth back into the City of Stonecrest looks like a ribbon cutting at the New Black Wall Street – what his vision for economic development for the city might entail.

Based on Thursday night’s forum, I also see a disconnect between the values espoused on Dr. Hill’s website and what I imagine might be the reality of his mayoral service. On his website, it states, “He vows to spend his candidacy meeting with the citizens and listening to their concerns, so that he can serve as a true Mayor of the people of Stonecrest.” But what I experienced of his civil discourse sounded uncomfortably close to what I saw of Jason Lary’s when he was mayor. All the candidates present at the forum, including Ms. Cobble, are citizens to whom he would need to be willing to listen if he became mayor. However, considering the level of antagonism displayed, I was left wondering if he’d be able to do so objectively.

Mr. Kirby Frazier – I was glad when I found out that Mr. Kirby’s campaign had a FB page, though it offers very little in the way of details and specifics. I appreciated hearing more from him during, and getting to meet him after, the in-person candidate forum. I especially appreciated hearing about his work with veterans and his advocacy around housing in District 3, where I believe he resides. I also found it admirable that he intends to finance his own campaign. Although he seems genuine and willing to serve, he doesn’t seem to have a strong knowledge of the issues. His responses to many of the forum questions were vague and revealed what to me seemed like a lack of research and/or understanding. The first 100 days’ question was really important to me, and though I appreciated that his response indicated his willingness to collaborate with the Council, it did not reveal his priorities, plans, or suggestions. Being that he has no website and no videos that outline his campaign’s platform (not that I found, anyway), it was important to me to hear some detailed responses and there were not enough of those. His platform slogan is to “restore trust in the City of Stonecrest.” If that’s his aim, I look forward to Mr. Kirby elevating his voice and visibility in the days leading up to the election and sharing with citizens – in detail – what we can trust him to do.

Ms. Jazzmin Cobble – Ms. Cobble is polished and knowledgeable, which came through clearly in the candidate forum. She did an excellent job of maintaining her composure during some very tense moments during the forum. As I listened to her well-articulated opening comments, she lifted up again the vision of a unified agenda and continuity in the agenda and priorities which she believes her candidacy represents. I understood from these comments that she believes that a vote for her will support the continuation of the current agenda and priorities in Stonecrest’s government. That is fine for those who approve of the current agenda and priorities, and want to add nothing to it. But I like innovation and long to see our council asking questions, researching, publicly discussing,  implementing, and/or pioneering cutting-edge practices that would put us on a path to creating the city many of us dreamt of and then voted for.

When I look at the Plan of Action on Ms. Cobble’s website, I see a list that is currently and will likely continue to be implemented whether she is elected as mayor or not. And no matter how much I admire Ms. Cobble’s intelligence, composure, or professionalism, I keep stumbling over the troubling memory that she was elected to a second term as the District 3 council person in November 2021, announced her candidacy for Mayor in February 2022, and resigned from Council in March. If the continuation of agenda and priorities was that important, why not stay in the Council seat she won? Rather than campaigning for mayor these past four months, she could have been actively and publicly working on the agenda and priorities that she mentioned. That’s the mystery for me and I get stuck there when I try to imagine her as mayor.

My husband likes to say, “In absence of information, imagination.” There is far too much info missing for me to be confident or comfortable with the reasoning behind her decision to resign from a council seat she’d recently won to run for mayor. Also, I continue to question the validity of her candidacy when I remember that in the City Council meeting on January 24 ,2022, the Council (including Ms. Cobble) had on the agenda (and in the meeting packet) a Resolution for the [Mayoral] Special Election to be held on March 15, 2022. After citizen outcry, including notification that it would cost the City a significant amount more money to hold the special election on March 15 as opposed to May 24, that resolution was not adopted. But two weeks after this meeting, Ms. Cobble publicly announced her candidacy for mayor – far in advance of the qualifying period. I’ve heard folks opine on the legitimacy of this action, offering legality as a defense – that is, that it wasn’t illegal for her to do this. But for a city suffering from issues of questionable ethics (and illegality), I’m definitely looking for leadership unwilling to downplay the significance of making ethical decisions, even if those decisions don’t directly benefit them.

Dr. Diane Adoma – Dr. Adoma offered a strong opening statement during Thursday’s in-person candidate forum. As someone who wants to see the city obtain a GMA City of Ethics designation and prioritize citizen participation, I was especially encouraged to hear that she supports establishing an ethics board in collaboration with council, staff, and citizens. And I agreed with her that city governments cannot effectively evaluate themselves – a sentiment shared by a recent guest at a SCC monthly Community Engagement Meeting. She followed this by making an important point regarding candidates needing to have the necessary time to commit to serving in the office of mayor. She offered a detailed response to the question about what she’d do in her first 100 days. As I had also heard from local businesses about issues with the city’s business licensing process, I was impressed that her campaign had contacted local businesses to ascertain their satisfaction with the City’s current policies and procedures regarding licensing. She was articulate, persuasive, and compelling. I heard from neighbors and others attending the forum that they were especially inspired by her passion. While I, too, appreciate passion, I love it even more when it’s balanced by discretion. I would not like to see Dr. Adoma use her passion as an excuse for indiscretion, and wonder how her temperament will influence her service if she is elected mayor.

One of SCC’s highest priorities is to help citizens evaluate and gain clarity on the leaders vying to represent us. And I’m pleased to report that this citizen got just the clarity she was seeking. What were your takeaways from the forum? Are there other questions or issues you want the candidates to address?

No comments to show.